Is it possible for Yeelight Alexa Skill/IFTTT to support China servers?

I am sure many international users and fans of Xiaomi use not only Yeelight but also other xiaomi smart home devices. I personally own several Yeelight products, Xiaomi Robot Vacuum, Gateway, Switches and others.

However, I am now torn between choosing either using only Yeelights with Alexa or Xiaomi products without Alexa.

I understand that Yeelight is an independent business unit within the Xiaomi Ecosystem and so Yeelight cannot decide for other Xiaomi products to go international and support IFTTT.

Is it possible for Yeelight Alexa Skill to support the China servers though? This way, international users don’t have to give up other Mi Home devices…

I have to add:

Yeelight is doing a great job listening and supporting its international users.

There is simply no way for international users to give feedback and discuss with other Mi Home business units. All my posts calling for IFTTT support in the Xiaomi forum has simply been ignored. No official reply.

It’s a shame and I think if Xiaomi just want to focus on the China market and ignore the needs of international users, then I will just move on.

I am a real fan of Xiaomi, but I rather try out other products than to be neglected and ignored.

Thanks for your understanding ~
Regarding IFTTT, China server is soooo slow and unreliable, this is not only caused by Xiaomi but also IFTTT itself because IFTTT doesn’t deploy its service in China or Asian region.
For Alexa, it’s not supported for China due to some policy/strategy, I can’t comment more on this.

Xiaomi has an international department that coordinates all the international business, it’s relatively new and it’s now working very hard for global business. I believe it won’t be long before Xiaomi providing the same level of service for international users as for domestic users (Xiaomi attend 2017 CES, which is a good sign I think).

Can all other Xiaomi smart products be available on the Singapore Server, for easy integration?

Technically yes, however, it’s a matter of efforts and market strategy.

Any update on this?

I am also getting a lot of Xiaomi products (actually all those one you mentioned: the vacuum, gateway, switches, etc) and I would love to use them with my Google Home&IFTTT as I do with the Yeelights

I am in the same identical situation.

I could, in theory separate things and use the Yeelight app just for lights (Singapore server) and the Mi Home app just for the other things (through Chinese server). The big big big issue that I have is that I am also using physical buttons connected to the Mi Home app, to control yeelights apps.

Do you think this workaround could be feasible in the near future?

I’m also affected by this issue.

Can you please provide an Update or ETA.

some yeelight member said, that in Q3 or Q4 it will be possible to connect MiHome to Singapur Server.

After that our problems will be solved.

Also hoping for that.

been my frustrations since day1. the onus is on xiaomi to get their act together. i too own many xm devices and >15 yeelight devices and faced the same problem, split between 2 servers in order to use alexa. besides great products at great prices, it’s been atrocious on their (xiaomi) forum/feedback/cloud/smart devices infra area. can only hope they wake up and consolidate the china/singapore server mess.

As Xiaomi puts more and more effort on globalization in upcoming days, more devices and automations will be supported in Singapore or US server, so as a foreign user, you don’t have to stick to China server anymore.

That’s nice and this is what we all are waiting for but is there a way to know what is added and when in the Singapore server? Since many of us have the gateway and many sensors there should be a way to know when all of our sensors are supported in Singapore server because trying every XX days to connect everything there is not a solution. I know that this is mostly up to Xiaomi to tell but as you know Xiaomi has a limited communication with customers.

Is there a frequently updated list with the Xiaomi smart devices that are supported in Singapore server?
We cant know if there isnt a list.

I already have 6 yeelight rgb bubls in my home (3 of them in a group on the same ceiling light) and have to use them with smart switches from xiaomi through the gateway (also have many other sensors like door, body, temparature etc) but i really have been waiting for A VERY long time in order to be also able to use IFTTT! I always see the “promises” that this will happen but it never does! I really cant understand why this is so difficult… 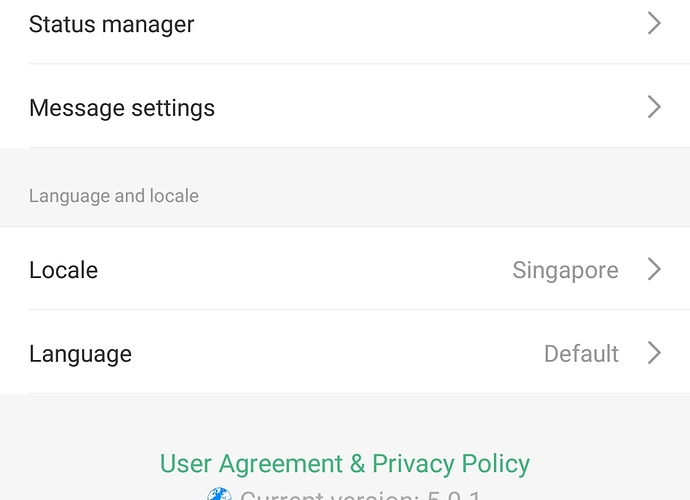 I was looking forward to finally use both Alexa and my Xiaomi Wireless Switches to control the Yeelights.
After I reset my Mi Home Gateway it still is not discovered when logged in to Singapore server. Is this still not possible?

I don’t see all this products on the Singapore Server, the only new thing is the cameras but nothing more, might be exclusive to android users for now I guess.

did you try the gateway on Singapore Servers yet?