Hi! Will the Yeelight bulbs have Google Home intergration in the future? I’ve noticed that using IFTTT is quite sluggish sometimes. Thank you!

Yes, as soon as Google Home release its API, we will support it.

Hasn’t the API already been released? Has the integration been done yet? 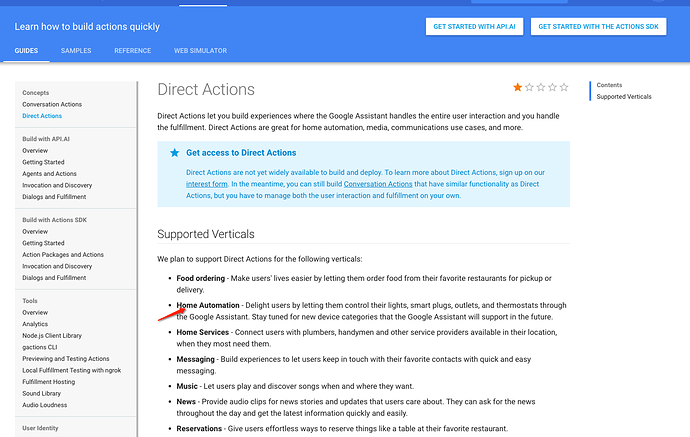 But what about this… The Google Cloud Speech API, the speech recognition tools that are used in Google Assistant, is now open for all third-party developers.

The API is not designed for SmartHome, we can use this API of course, however, it’s very complicated and took lots of effort.

Oh okay ): that’s unfortunate. But I can still use Google Assistant and IFTTT to use voice commands, correct?

Yes you can use IFTTT to use voice commands to control Yeelight.

I think you should contact Google and work with them to add Yeelight. They just added 4 more companies to Home. https://twitter.com/madebygoogle/status/855473736618831872
I think public API is not coming in near future.

We have contacted them several times, but no response at all. I think they are only considering work with some big players for now. It’s really disappointing and frustrating.

Looks like it could be done by May this year after Google IO 2017, documents were updated.

Looks like it could be done by May this year after Google IO 2017, documents were updated.

We are working on it.

Actually it works with more than one bulb, just set up a scene

BTW, google home is on the way.

Yes，we are working on it

any estimation on when?

any estimation on when?