Hi, I bought Yeelight Ceiling Lamp and tryed some features.
When I set schedule with sunrise, It definately turn on as I set.
But It doesn’t get lighter any more as decryption says
How Can I Fix it?

Additional Question.
Is there anyone who can say deference between off timer and smart off in sleeping light?
I don’t how it works if they both turn on.

Could you trigger the sunrise directly by clicking it in the app? The total time for the light change is 15 minutes, you can check it after 15 minutes to see if the brightness is increased to 100%.

The smart off in sleeping light works as below: when you turn on your light during night time, a off timer will be triggered automatically. This is mainly designed for the situation that you wake up at night, either go to bathroom or go to your kitchen for a drink, after that, you don’t have to turn off your ceiling lamp again.

Thanks for explain.
I Just Tested by clicking Sunrise 14minutes after Surise turns on not by timer
But I Can’t find any difference beween two.

Can I have one more question?
I See what’s Smart off. But How about Dimming?
I guess Dimming works just in Moonlight Mode with Offtimer.
Is It right?

Which mode are you in when click the sunrise (sun light or moon light)? Could you see the light goes to 1% percent?
Dimming? Do you want the sunset effect?

I clicked sunrise in sunlight mode.
light got much dimmer immediately.
but the bar appeared by touching it said 100% and after touching it get lighter.

Yes, I’m trying to find how to do both sunrise and sunset effects.

We will test the sunrise mode locally tomorrow and will provide sunset feature also.

thanks a lot. I hope test works well. Good night!

We tested the sunrise, but it doesn’t work with the old version app, the new version is under development and will be released soon. So for now we offline the sunrise effect and will release it after new app got published.

i’m glad to hear that. thanks

is the version 2.3.13 on Play Store, the new version you mentioned?
Thanks

I just installed the ceiling light and installed the app connecting to Singapore server. However i can’t find the sunrise button. Would you mind telling me where can i find it?

Besides, i don’t see my device on ifttt as well, has the ceiling light being supported yet?

We removed “Sunrise/Sunset” scene from Yeelight Ceiling before, just add it back again, have a try!

I understand that you have added the Sunrise/Sunset scene in the latest version for ceiling light.
I am using yeelight app 2.3.13. However, I don’t see the Sunrise/Sunset
scene, attached with two pages that i think you are referring to 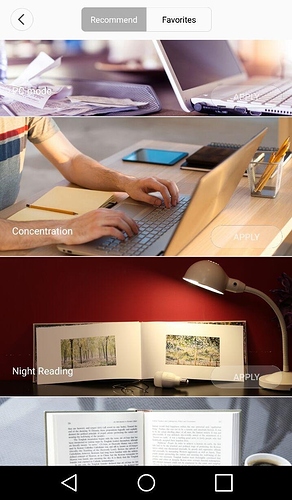 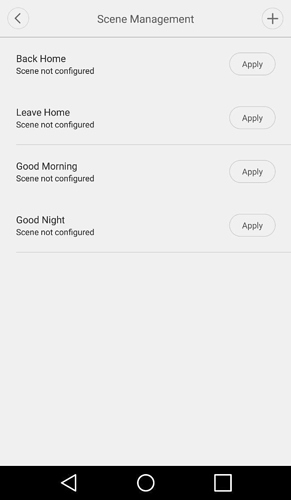 For the screen capture in the left, only PC mode, concentration, light reading and reading “Scene” are provided

Error Report Again.
I found that error occured in final phaze of Sunrise.
It became white rapidely and sounded high frequnecy beep.
Before It, the lamp flickered a few times but not fast.

But in IFTTT, Sunrise works fine.
Also Suneset goes as its routine in apps

Please kill process of Yeelight app and restart, there are scene caches in the application.

Thank you! it works

Got a problem. I’m using the ceiling light plugin in Mi Home App. Scenario what I want:

But: Every morning at around 07h, when I enter the bathroom, the light lights up at night mode brightness.

I configured it through the plugin … tho the details in scenes are in chinese.

It should be caused by timezone issue, I think MiHome just uses Beijing time.