How to cut and extend lightstrip?

Can i use 4 Pin extensions on the Lightstrip to extend it? The cable below?

Thanks for your time 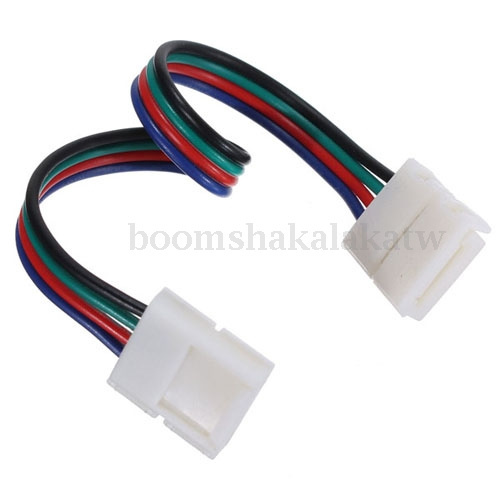 No, the power adapter can only support 2 meters.

i understand that, but is the connecter correct? Like if i was to cut the strip into 1m and 1m, i could connect it using this connector?

I am also interested in how to do this. Can we just cut the strip at the indicated cut location and solder a 4 pin connector to it and use an extension and do the same to the other end we cut? Or do we have to cut it else where or use a different connector rather than a 4 pin to perform this. I want to do this so I can go around a window without lighting up the window to get to the other side of my cabinets. Im sure other people would like to know to extend it in places that don’t need to be lit up as well.

Anyone who did it in the meanwhile?
The problem is that I can’t really find the points where to solder the calves because the contacts are hidden below the white plastic.

any signal from Yeelight that can make us hope to have a solution for this?

guys… since the power adapter can support up to 2 meters it would be just fine if you cut it and properly connect it. it remains the same.

personally i would like to see a new lightstrip version since this is way too simple and expensive for what it offers.
1)… i can’t get the 2 meter around a 43’’ TV (which is considered an entry level size tv).
2) not as many leds on it as other competitors
3) you can only choose one color for the entire strip.

I don’t know why this decision…anyway, hope to see it at some point.

Any objections from someone with more electronic experience?

where you able to figure this out?

I broke one red lamp in the middle of the strip.
Have no formal knowledge at all, but the curiosity, and headache of the money spent made me try this conector.
I’ve cutted on the mark (scisor) and removed the broken lamp (with 5 others

). And then to remove part of the silicon later both sides i used at first a Blade and after my Makita .
Did not worked until I scrachted more until find the shine cooper.
I was seeing the light Brown that I thought was the conector, but only after do this It was possible to reconnect the stripes.
So the conector worked for me, but I need a space without lamps (where It broke) and the strip stayed the same size. 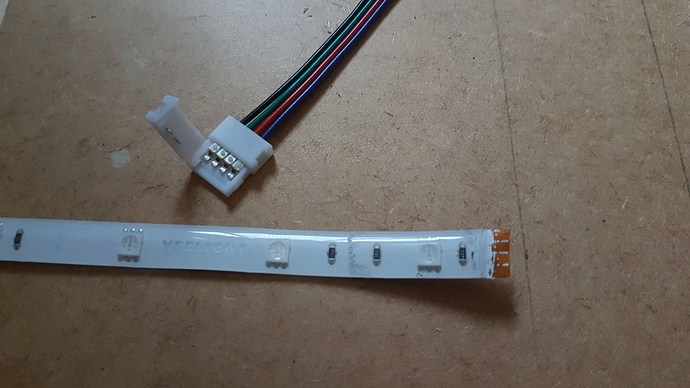 But when I broke the lamp during installation, It already damaged and also lost warranty…

Thank you so much Alxdmdm for the picture, it will be a big help for me I’ve planned to replace the lightstrip of a celling lamp by a Yeelight one but it’s 2 strip (of 1m) so I have to separate them and connect them to the same controler… well… I will post pictures of it when I waill finish.

A bit like this one but with to separate strips who is connected inside.