Hello.
I just got the ceiling light and somehow I can’t connect between the light to the app.The remote which provided works,however the app doesn’t-it isn’t recognises the light.I did serval resets and the wifi works pretty good and I can find it.
Any help?
Thanks in advance.

You need to use Yeelight app instead of MiHome app. Also make sure your bluetooth on your phone is enabled.

You can connect the WiFi started by the ceiling lights directly, you should follow the instruction in the App.

It would be helpful if you could post some screenshots.

It doesn’t matter.mostly The app doesn’t even recognise it…how do I fix it?

As I said, please provide a screenshot or a short video of your operation, so we could know what’s going on. You description here is not enough for us to assist you troubleshoot the problem. 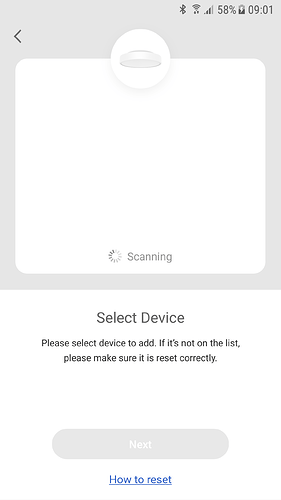 I did a lot resets either erased the app and installed again,
Tryed from serval phones and changed regions as well.In the settings of the phone I can see the light’s wifi and bluethoot.The application doesn’t recognise it
Any solution?

Dude this is yeelight app which i’m using…

sorry, my bad. Which ceiling lights are you using? could you show us your WiFi list that contains this device’s hotspot.

No problem…what do you mean about which ceiling lights?

No problem…what do you mean about which ceiling lights?

The WiFi signal is pretty weak, how far is your phone from the ceiling light?

Very close 2.5 meters …as much as home-wifi from phone

Very close about 2.5 meters…I tried to stand behind the lamp and still the same…

OK, I see. This issue is highly suspected to be related to disconnection between the WiFi chip and the antenna. Most of this problem is caused by the shaking and bumping during the shipment.
For now, you can:

I don’t think it’s a good to for you to disassemble the ceiling lights by yourself. From picture you attached, it seems the wifi signal is pretty weak, that’s the reason why you don’t find it to connect. I suggest you contact the retailer to get replacement.