Problems when decoding bulb name in base64 due to firmware updates

Recently, some users of both Yeelight Toolbox and Yeelight Music have reported that after a firmware update, my apps show weird strings of text instead of the bulb’s name, due to decoding/encoding to base64. Previously, my apps worked flwalessly. 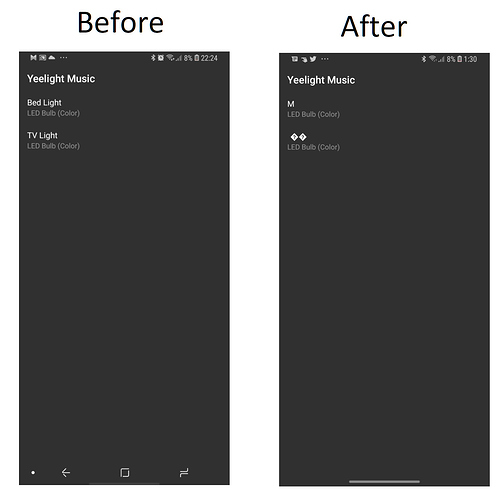 This is what the documentation says and what I have been doing all this time. It might be a bug in the firmware because all of the reports came after an update.