I have received Yeelight rgb bulb yesterday and ever since I am having trouble to properly control it.
My bulb is losing wifi connection after 10 - 15 minutes. After that it becomes invisible to the router and the phone.
Then I have to turn it off manually and wait for couple of hours to be able to reconnect to it again. And of course reconnection process requires reseting.
I am using Android 7.0, app is the latest version available in the Play Store and firmware on the bulb is also up to date.
Also my Xiaomi router is less then 2 meters away from the bulb.
Is there any solution for this?
Thank you. Have you checked if the device is also offline in MiHome application?
And when the device shows offline in Yeelight, could you help try with “Turn All On/Off” to see if it works?

Yes, device is also Offline in MiHome app.
And turning All On/Off does not work. 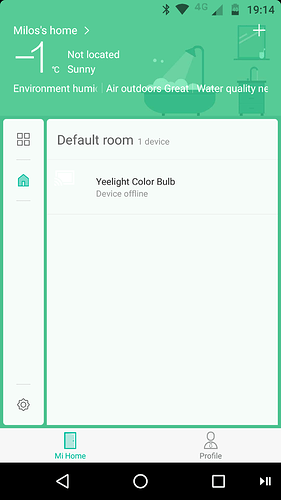 So it seems the bulb is offline. What route do you use? Could you have a test setup a hotspots with another phone and connect to it to see if the bulb goes offline in 20mins.

I mentioned this problem in my topic. You can take a look. Somehow it’s related to your phone. I changed my phone and the “offline” problem resolved.

First of all, I’m going to say hi to every one of the members and staff in forums. This is my first post in here. And there is some good news and a little bit bad news 😕 I have bought 2 Yeelight E27’s and been using them for few months and they...

I read your post yesterday and I have tried with a different phone but it still loses connection. I currently use Moto G4 but yesterday I tried with Redmi Note 3.
The funny thing is that the bulb disconnects from the wifi only if the light is on. I have it connected this morning and I turned the light off. It’s been about 3 hours since then and the bulb is still connected to my wifi.

I use Xiaomi Router Mini. Few days ago I have tried with a different router and it was still going offline.
As I just wrote if I connect the bulb and turn it off it will stay connected. But if the light is on then it goes offline.

Could you post a picture where is your bulb plugged? It seems it has a bad elimination of heat.

Please see the photo in the link below.
I also suspect that heat might be the problem. And have tried to plug it in a completely open lamp. It also stopped working after about 15 minutes.
Yesterday even though it was off and warm to the touch it lost wifi connection after few hours. 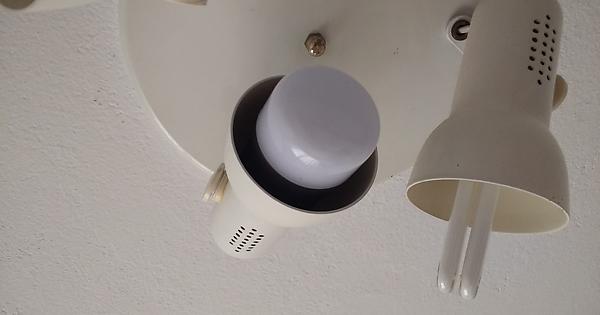 In the end buying Yeelight bulb turned to be a waste of money and time.
Today I bought sonoff which I connect to the lamp with Yeelight bulb to at least get some control of the bulb.
Now I can set it to turn on and off at a specific time.

Hi, I use to have this problem. For me i just go to the wifi setting and set the wifi connection channel from auto to channel 11. It is working well for me till now.

My wifi is at channel 1. Is there something special about channel 11?

I’m have a similar problem with my yeelight light strip it keeps on going offline. I’ve tried resetting it but the problem persists.